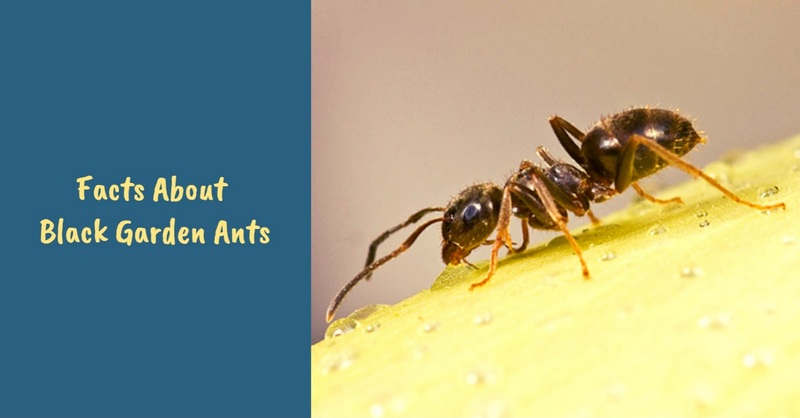 Black garden ants are representatives of one of the species belonging to the ant family. They are found in Europe, in parts of Asia and in North America. Black garden ants form well-organized colonies in which each individual performs its function: some are responsible for reproduction, others – for order, and others are working.

Like most of their relatives, the black garden ant ration is rich and diverse. Working ants who are looking for food have plenty to choose from. Ants usually behave like predators that catch and eat insects of other species. However, ants also like fruit and honey. Their favourite dish is honeydew. That is why working ants are looking for plants containing aphids. They “milk” the aphids — touch their bodies and rub them with their antennas to make the insect pick out a drop of sweet dew. Often the workers carry the aphids into an anthill, where they keep them in special chambers and provide them with food: so they solve the problem of finding their favourite food – it is always near. In the autumn, black garden ants look for eggs by aphids and bring them to the anthill, making supplies. In spring, ants take eggs out of aphids and attach them to plants.

Black garden ants build anthills in different places – under small lumps of earth, roots and trunks of old fallen trees, in rotten stumps, under flat stones or in the walls of buildings. The anthill leads to a narrow entrance, from which corridors lead into several main chambers, which are also interconnected by corridors. Each camera has its own purpose.

Some workers take care of eggs and larvae. Others build or expand an anthill, maintain order in it. The third group of workers goes in search of food. There are workers who care for the queen and guard the anthill. The queen spends all her life in a separate chamber, her function is the continuous laying of eggs. The first generation of a new colony is developing very quickly, the ants immediately start building an anthill, taking care of the queen and the next generation of larvae.

Once a year, usually in June or July, the winged young queens and males leave the anthill and set off for a mating flight, their packs are sometimes so numerous that they can even interfere with traffic. Ants mate in flight. During the only mating flight in her life, the queen receives so much sperm from the male that she has enough for her whole life.

With the end of the mating winged males die, and the queen descends to the ground and digs a small hole, which will become the basis for the future of the anthill. The female lays the first eggs only after a few months. Throughout this time, she lives at the expense of those energy reserves that are accumulated in her body. The queen usually uses wing musculature, which she no longer needs. After the end of the month, the female lays fertilized and unfertilized eggs. Working females will hatch from fertilized, and males from unfertilized. In the initial period, the queen feeds the larvae with her saliva. After the larvae turn into pupae, it will take a little more time for the working ants to come out of the cocoons.

Features of the black garden ants

These insects are widely distributed in Europe, North America and Australia. Most nests are located in open space, they can be built in the ground, a hollow of a tree, found in the grass or under paving slabs, behind instrument panels or in any construction voids. Working ants regularly come into homes in search of food.